Skip to Main Content
It looks like you're using Internet Explorer 11 or older. This website works best with modern browsers such as the latest versions of Chrome, Firefox, Safari, and Edge. If you continue with this browser, you may see unexpected results.

This a guide for using the Old Oglethorpe Collection from the Oglethorpe University Archives for research and education.

Oglethorpe University was chartered by the state of Georgia in 1835, shortly after the centennial observance of the state. The college was named after James Edward Oglethorpe, the founder of Georgia. Oglethorpe University, which commenced actual operations in 1838, was one of the earliest denominational institutions in the South located below the Virginia line. The antebellum college, which began with four faculty members and about 125 students, was located at Midway, a small community near Milledgeville, then the capital of Georgia. Oglethorpe’s president during much of this period was Samuel Kennedy Talmage, an eminent minister and educator. Oglethorpe’s most distinguished alumnus from the antebellum era was the poet, critic, and musician Sidney Lanier, who graduated in 1860. The Civil War brought an end to the college. It re-opened in 1872 for a short time then closed again until its revival in Atlanta in 1913. 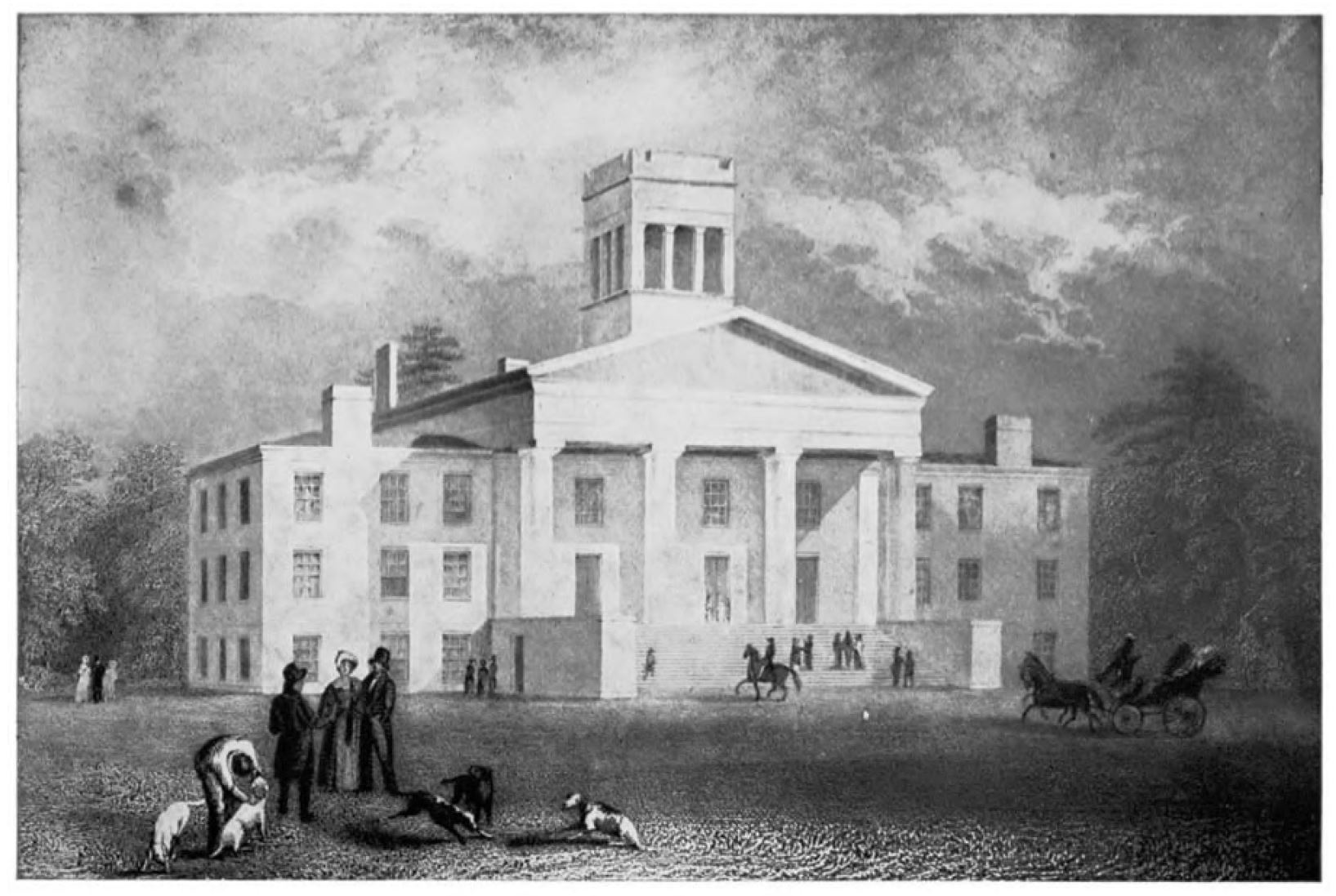 Central Hall at Oglethorpe University, from a lithograph